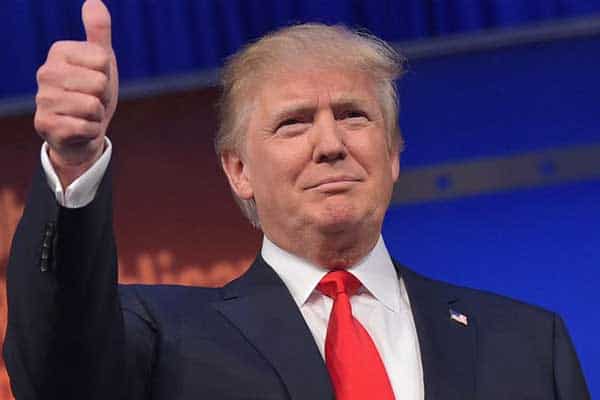 In June of 2018, the FIFA (Federation International de Football Association) Committee announced that the 2026 World Cup will be held in the USA, Canada, and Mexico. The US president Donald Trump stated that he worked hard on bringing the World Cup to North America. He also extended a thank you to Robert Kraft the owner of the New England Patriots (NFL) and the New England Revolution (MLS) for his efforts in mediating to help bring the cup to the USA.

President Trump said that over the last few months he has been in contact with the FIFA committee and has been assuring them that the US, Canada, and Mexico would be welcoming for the 2026 soccer tournament. He also assured the FIFA committee that his immigration policy would have no effect on the tournament or international visitors. The letters between Trump and his team, to the FIFA commission, was used by the US soccer federation for the bid against Morocco’s rival bid campaign. The FIFA commission voted, and North America won the bid by a vote of 134-65 over Morocco.

Robert Kraft was named the honorary chairman for the US in the North American bid. Kraft worked with the US government and other US federations to gain support for the 2026 World Cup bid. Many Americans were concerned that other political factors could prevent the World Cup from coming to North America but was pleasantly surprised when the news of the 2026 North American World Cup came. Residents were concerned that President Trump’s immigration policy or his earlier comments on the matter could draw concern and prevent the US from getting the bid.

In May, Trump publicly backed the World Cup bid but recently has been making political moves and comments that would scare any world competition away. He has made travel restrictions on certain countries and made negative comments towards poor countries. It couldn’t have been any worse timing but in the end, it worked out for North America. The German football federation president Richard Grindel said that Trump’s actions hurt the bid more than it helped but his actions were not the deciding factor.

The World Cup is set to take place in North America in 2026. The US, Mexico, and Canada will host a total of 80 matches with most of the events and all the final events being held in the USA. Canada and Mexico agreed upon 10 events each but that could change because the FIFA commission still has to approve the venues. There is a total of 23-26 cities in North America that could host a FIFA event, but nothing has been decided yet. The FIFA World Cup has only been held on the North American continent 3 times, twice in Mexico (1970 & 1986), and once in the USA (1994). The FIFA World Cup has only had a joint host once in its history (2002 South Korea, Japan).

Since the last time the World Cup came to the US, soccer has exploded in popularity and now the states have their own Major League Soccer (MLS) league. The MLS was formed in 1995, a year after the 1994 World Cup came to the US but didn’t begin to play until 1996. When the league started there were 10 teams, now there are 23 and 2 other professional soccer leagues (U.S. Soccer, North American Soccer League). The MLS is the top league in the USA and the league also contains 5 Canadian teams. Today US residents can follow the betting lines and wager on 2018 World Cup matchups with the use of legal offshore sportsbooks.

The US, Canada, and Mexico are all excited to be having the World Cup coming to North America for the first time since 1994. The final details still must be sorted out but knowing that the World Cup is coming will surely vamp the popularity of the MLS and get North Americans excited about soccer. While President Trump, Canada, and Mexico are having tourist and tariff wars it is unlikely that there will be any concern by the time 2026 comes around. President Trump will not be in office in 2026 based on the 8-year presidential term limit but will be credited for helping bring the iconic sporting event to the North American hemisphere.