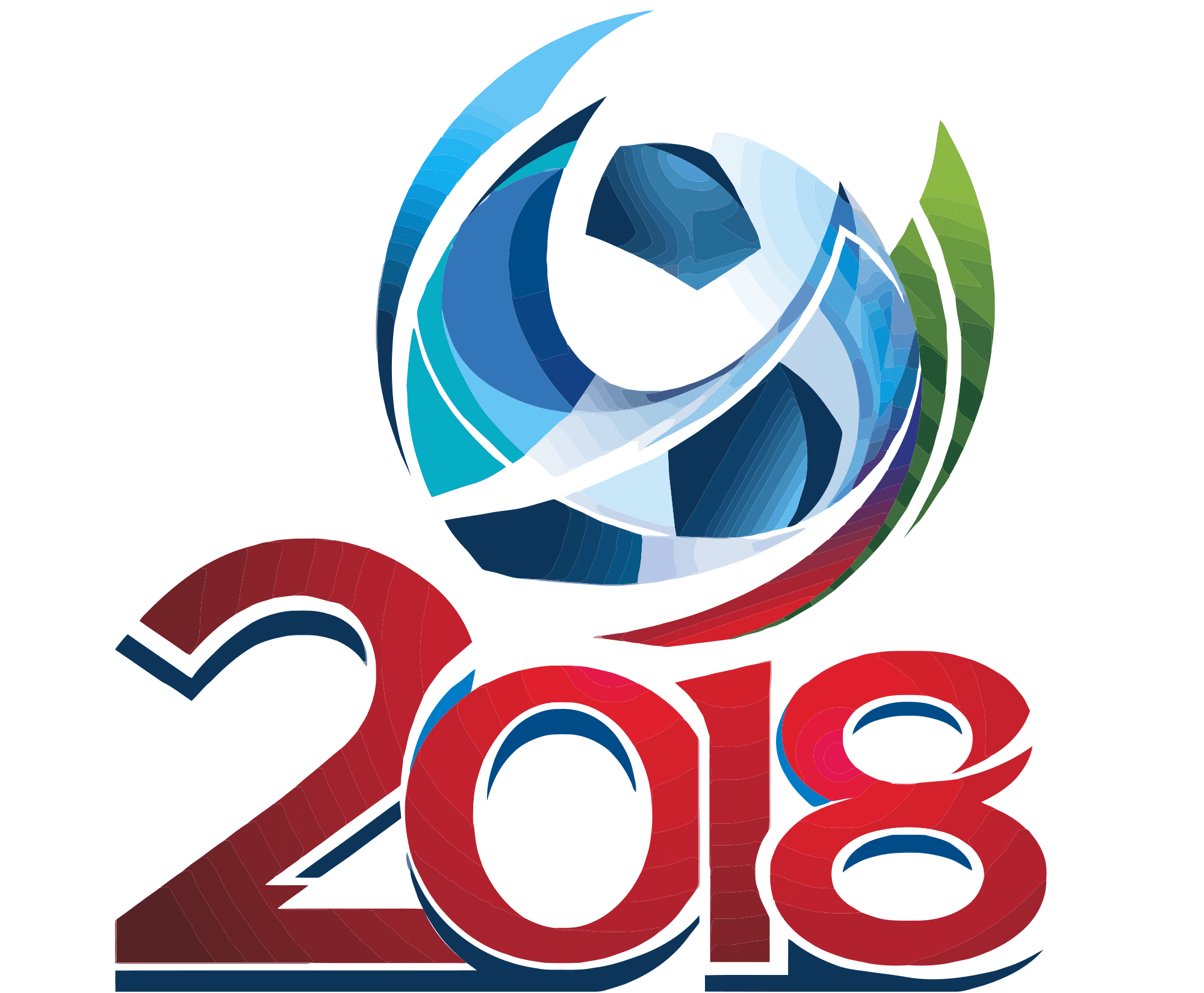 The World Cup is soccer’s biggest stage and pits the best teams from around the globe against each other. In addition to being the most viewed sporting event, World Cup betting lines pull in a high volume of wagers through licensed offshore sportsbooks. Knowing and understanding the odds for each team in the World Cup goes a long way in trying to determine the potential winner of the whole tournament. Knowledgeably navigating the odds also helps with other wagering types such as props, totals, parlays, etc.

Our team of online USA soccer betting analysts put together this definitive guide to 2018 World Cup betting odds with a focus on specific World Cup odds categories and how to understand them. Use this page as a betting resource throughout the World Cup and as an explanation of the odds, betting lines and wagering structures you will encounter. We cannot guarantee the accuracy of your sports wagers based on the odds as the oddsmakers do not have a crystal ball. Our goal is to provide accurate information meant to be insightful regarding applying the betting odds on the 2018 World Cup.

Is It Legal For Me To Use World Cup Betting Odds To Make Real Money Wagers?

Yes. Online sports betting is legal in the US is done through a licensed and regulated offshore operator. There is no mention of offshore betting being illegal in any of the US federal laws and only Washington and Connecticut have passed laws deeming licensed offshore sportsbooks illegal. The US Supreme Court recently decided to repeal PASPA, the long-standing federal ban on state-regulated sports gambling. This means that states can now vote in legislation opening up brick-and-mortar sports betting options, and multiple states already have their eyes on domestically based online sports betting networks. For now, licensed offshore sportsbooks present the best legal viable options for wagering on the 2018 World Cup.

Before the World Cup started, Germany, Argentina, and Brazil were the favorites to win the tournament. France was close behind them, but not considered the top. Croatia’s position depended on which sportsbook you looked at. Some sportsbooks had them towards the bottom of the list while others were more in the middle— the point being they didn’t expect them to win it all or be in a position to do so.

Croatia’s path to the Final saw multiple penalty shootouts and extra time victories. They faced Denmark, Russia, and England in the elimination rounds. Croatia was the favorite in most matchups except for the semifinal against England.

In the Final, France was projected to win by at least 1.5 goals. The final score was 4-2 in favor of Les Blues. Things looked tight in the first half with France going up first via a deflected own goal and then Croatia equalizing shortly after. The French went up 2-1 on a penalty kick late in the first half to make things look a little better for those who wagered on them. In the second half, France took off with 2 additional goals thanks to Paul Pogba and Kylian Mbappe. The total betting line of 2 goals was already beat early in the first, so those who wagered on alternative total lines surely made a good deal of money. Mario Mandzukic got one back for Croatia to bring their tally to 2 and the combined goals to 6.

On this day, those who went with the oddsmakers’ picks were successful. Croatia, the underdog, couldn’t muster enough to win out. Anyone who took the over on the combined goal tally also won big, especially if they wagered on an alternative line that featured a high number of goals. Compared to the 2014 World Cup Final with Argentina and Germany going 0-0 until late into extra time, this World Cup Final was much more exciting and profitable for bettors.

This World Cup showed that the oddsmakers are not always right. Germany, the 2014 world champions, were knocked out in the Group Stage. Expect France to be amongst the most favored teams in the 2022 World Cup, but they too could meet the same fate as their predecessors. On the other hand, this tournament showed an interesting trend of underdogs winning out. Croatia, Japan, Uruguay, Denmark, Senegal and even Nigeria were some teams that beat the odds of being slated as underdogs.

Odds are interesting and helpful when it comes to sports betting, but they don’t mean much if you don’t know how to interpret them. Odds can mean different things depending on the context they are framed in, but they are quite simple when broken down. We’ve provided a brief explanation below.

When looking at betting lines, there are a couple of things to pinpoint. The first is the presence of a positive (+) or negative (-) sign. A negative sign indicates the favorite and a plus sign indicates the underdog. The second thing to notice is the number next to a given sign. That number has to do with how much money is involved. If you see something like -500, that means you need to wager at least $500 in order to turn a $100 betting profit. If you see something like +500, it means you could win $500 with a $100 wager.

The best type of odds interpretation is following along with the 2018 World Cup action. Don’t waste your time betting on teams that are more likely to lose. By watching the games and keeping track of which teams play well, their weaknesses, etc., you will be able to formulate your own betting strategy that may even be better than the oddsmakers.

Wagering Types For Betting On The World Cup

Point Spread Betting – The point spread is something oddsmakers come up with based on a given team’s level of skill, their recent history/form, etc. If there is a game between Spain and Morocco, and Spain is the favorite, a point spread bet would be wagering on them to win by at least a goal. Point spreads are very specific, meaning you could pick the right team to win but if they do not cover the spread the bet is considered unsuccessful.

Money Line Betting – Betting on the money line is a much simpler form of wagering. It is often referred to as ‘American Odds.’ When you place a money line wager, you are betting on a team to either win or lose. There is no regard for the point spread at all. Money lines are safe in that there is a better chance of you winning versus losing on your team not hitting the correct point spread. We recommend the money line for novice bettors.

Prop Betting – Props are interesting based on the sheer number of them available. Props involve betting on a specific occurrence or nonoccurrence in a game. For example, you could place a wager on how many goals Cristiano Ronaldo will score in a game. You can bet on how many corner kicks, fouls or penalties there will be. The list goes on and on. The payout levels rise with the specificity of the wager you place.

Future Betting – Future betting is exactly as it sounds. You are wagering on an outcome far in advance. An example would be placing a bet on your projected World Cup winner at the start of the tournament. Futures remain available until the World Cup Final. At that point, you are just placing a standard bet.

Total Betting – Totals are otherwise known as over/under bets. These involve you wagering on whether the total combined score will be higher or lower than a predetermined amount. For example, since soccer is more commonly a low scoring game, totals are typically kept lower (2-3 goals for example). However, if a team has recently scored more than 3 goals in subsequent matches, that total might jump up.

Parlays – Parlays are where the big money is at in FIFA World Cup & US soccer betting. A parlay bet involves combining multiple individual bets into one singular wager. For example, you would be betting on 3 different winners in 3 separate games. All 3 of your projected picks need to win in order for the bet to hit. Parlays are all or nothing.

Do The Odds For Betting On The FIFA World Cup Change?

Yes. Betting odds on the 2018 World Cup will fluctuate throughout the tournament. For example, the potential tournament winner odds will change once the competition has moved out of the group stages. Odds will also change if a star player is injured or omitted from a major game.

How Do I Know These World Cup Betting Odds Are Fair?

World Cup betting odds found at our recommended online sportsbooks are comparable to what you would find in brick-and-mortar Las Vegas sportsbooks.

How Do I Know Which Betting Odds Are More Valuable?

When looking at World Cup betting odds, look for the wider range between the figures listed. For example, a wager with 3/1 odds is a safe bet and one that many thinks will hit. A wager of something like 40/1 odds is an unexpected outcome with potentially lucrative payouts.