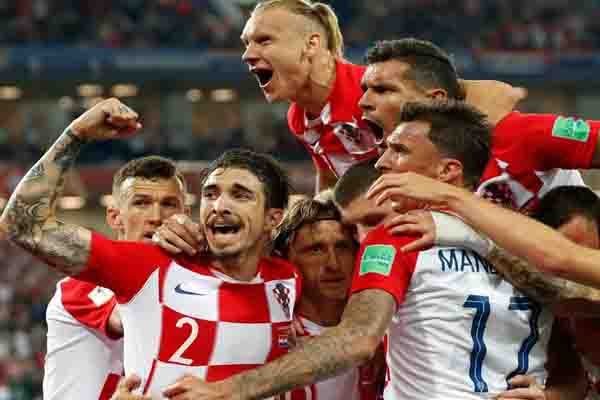 Croatia entered this tournament as an underdog, though one with the potential to pull off an upset. Their 2-0 opening win over Nigeria started things off on a positive note, but Nigeria isn’t exactly a top-ranked team. However, their 3-0 thrashing of Argentina puts them on the radar as a team to be taken seriously this World Cup.

Croatia has some talented players in their lineup. Luka Modric is undoubtedly the talisman of the squad. The midfield player has enjoyed a successful career at Real Madrid and is considered one of the best in his position. Ivan Rakitic is another strong player in the midfield. Ivan Perisic and Ante Rebic complete the powerful midfield formation. If those aren’t enough, Mateo Kovacic is waiting on the bench to come in at a moment’s notice. Mario Mandzukic is their starting striker and an often reliable target man. The defense is shored up by Domagoj Vida and Dejan Lovren. Danijel Subasic completes the squad as a consistent keeper.

Croatia starter their tournament against Nigeria. The Croatians maintained possession on the ball and had multiple chances going forward. They finally broke the deadlock on a diving header that was deflected off a Nigerian defender. After several missed chances, Croatia converted a corner through Modric and they took the top spot of the Group D.

Their next match was against Argentina, one of the favorites picked to win this year’s World Cup. Argentina were coming off a draw against Iceland and their best player Lionel Messi missed a penalty. Oddsmakers had Argentina winning this game, but it was Croatia that kept up the pressure. Their midfield controlled the tempo and helped maintain possession while facilitating chance after chance.

Argentina shot themselves in the foot after goalkeeper Willy Caballero had a costly error that resulted in a goal. From there, Croatia kept up the pace and scored again through a wicked curled shot from Modric. The game began to get ugly with multiple fouls and questionable tackles. Argentina made some substitutions to try and help, but there was no width to their play and the team looked displaced. Things went from bad to worse when Croatia scored the third goal off of what looked like schoolyard soccer.

Argentina looked depleted by the end of the game. Messi barely touched the ball in the second half and couldn’t will his team to victory. After the final whistle, Messi walked off the field without shaking any hands and went straight to the locker room—a bad sign of Argentina.

Meanwhile, Croatia celebrated with supporters. They played a perfect game against one of the world’s best squads. With this victory, Croatia booked their place in the Round of 16 for just the second time since becoming an independent nation. They still have a consolation game to play against Iceland that will help them get their bearings before entering the knockout stage. Croatia came to play and are a significant threat in this year’s World Cup. Teams should be wary of facing them if they continue dominating in the midfield.