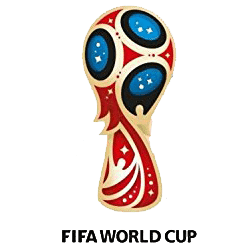 2018 marks another installment of soccer’s biggest tournament, the World Cup. Not only is the World Cup one of the most televised sporting event in the world, but also yields a high number of bets. US residents can bet on any game in the tournament through licensed offshore soccer betting sites (for online betting). Brick-and-mortar sportsbooks another option. The United States men’s national team may not be a part of this year’s World Cup in Russia, but American soccer fans have plenty of other teams to rally behind. From a betting standpoint, you can bet on the point spread, an outright winner or bet on a variety of props for each game. Consider this page a resource for all your World Cup betting needs. You will find information on teams to watch, World Cup betting options and much more.

Is It Legal For US Residents To Bet On The World Cup?

Yes. US residents are allowed to bet on the 2018 World Cup as long as they do so through the proper legal channels. According to US federal gambling laws, sports gambling is allowed in brick-and-mortar venues if states vote in the appropriate legislation. Online sports betting is only allowed through licensed offshore sportsbook sites. If the sportsbook is licensed and regulated by a respected offshore government, US residents are allowed to use them without violating any laws. All of the sportsbooks listed in this guide are US World Cup betting sites.

France is your 2018 World Cup champions after beating Croatia 4-2. Croatia was the stronger team throughout the game, but France capitalized on the chances they had. Les Blues were gifted with an own goal (the first ever in a World Cup Final) thanks to Mario Mandzukic. Winger Ivan Perisic equalized for Croatia shortly after to put them right back in it. Perisic’s handball in the box gave Antoine Griezmann the chance to put his side up 2-1 at halftime. In the second half, France’s pace was too much for the Croatia defense and both Paul Pogba and Kylian Mbappe scored. Mandzukic made up for his earlier mistake by scoring off a French goalie error. Both teams had several more chances, but time expired before Croatia could tie things up.

The third-place match was between England and Belgium, a rematch of their final group stage game. Thomas Meunier scored off a nice cross into the middle 4 minutes into the game. England was unable to make much of their possession. Eden Hazard doubled the lead late in the second half to put England’s chances to bed. For Belgium, this was the bare minimum achievement they could hope for. England came up short of the hype surrounding them.

Teams To Watch In The 2018 World Cup – Winners’ Circle

The following teams have all enjoyed success at the World Cup at some point in history and are popular teams in the soccer betting lines at USA friendly sportsbooks. Most of these teams are amongst the favorites to win the 2018 World Cup. Check out our brief profiles of each squad below:

Argentina’s two World Cup championships are from 1986 and 1978. Since the late 80s, the squad has been laden with talent but unable to lift the world’s most coveted soccer trophy. The current lineup features Lionel Messi, arguably the greatest player of all time. Despite Messi’s elite level of play, his country has yet to win a title with him on the squad. Other notable players include Paulo Dybala, Gonzalo Higuain, Sergio Aguero, Angel di Maria, Nicolas Otamendi and Sergio Romero. Argentina played in the 2014 World Cup final against Germany and lost. They have the pieces to make it to the final again, so perhaps this will be their year.

Brazil has 5 World Cup titles—1958, 1962, 1970, 1994, 2002. They were supposed to win in 2014 on their home turf but lost in embarrassing fashion to Germany after losing their star player Neymar. The 2018 squad is stacked with talent, including a healthy Neymar. You’ll see players like Casemiro, Willian, Gabriel Jesus, Roberto Firmino, Thiago Silva, and Danilo. Brazil is tipped to win the 2018 World Cup and will be a strong force in the tournament. If they can remain healthy, Brazil has a strong chance of winning it all.

England is included in this category because they have won the World Cup back in 1966, however, the Brits haven’t done much in the modern era. They are a team that is always hyped up to do well but ultimately falls short of expectations. The 2018 squad features players like Harry Kane, Jamie Vardy, Marcus Rashford, Dele Alli, Jesse Lingard, Gary Cahill, Kyle Waker and John Stones. England may face yet another hard time in this tournament, as the odds are stacked against them when it comes to the competition.

France is one of the strongest teams heading into this year’s tournament. Their only World Cup comes from 1998, but this modern team is something to behold. France almost won the 2016 Euros on home soil but fell short of Portugal. Now, this squad has something to prove against critics. Their star-studded team features Paul Pogba, N’Golo Kante, Blaise Matuidi, Antoine Griezmann, Kylian Mbappe, Ousmane Dembele, Raphael Varane and Hugo Lloris. France is amongst the top favorites but certainly has their work cut out for them.

Germany has 4 World Cup titles to their name (1954, 1974, 1990, 2014) and are the reigning champions. They are level with Brazil in terms of teams to projected to win the entire tournament. They have a deep corps of players in multiple categories, including goalkeeper—Manuel Neuer, Marc-Andre ter Stegen, and Kevin Trapp. Some of the other key players are Jerome Boateng, Mats Hummels, Joshua Kimmich, Julain Draxler, Ilkay Gundogan, Toni Kroos, Mesut Ozil, Marco Reus and Thomas Muller. Germany is fielding a strong side to compete against the rest of the world and they will be ones to watch.

Spain’s World Cup glory came in 2010. Since then, the squad hasn’t performed up to their expectations, though this year holds promise for the team. They have one of the best goalkeepers in the world in David De Gea. They also have strong defenders in Dani Carvajal, Sergio Ramos, Gerard Pique, Jordi Alba and Cesar Azpilicueta. Their midfield features David Silva, Andres Iniesta, Koke and Thiago Alcantara. Up front, the Spanish side has Isco, Marco Asensio, Lucas Vazquez and Diego Costa. Spain has injected some youth into their squad, but it may not be enough to rival giants like Brazil and Germany.

Uruguay has 2 World Cup titles (1930 and 1950). They are a sleeper team that often performs well on the international stage. Their status as ”sleeper” is because they don’t have the most popular players but they still have a lot of talent. Luis Suarez and Edinson Cavani make up the celebrity status of the team. They also have a strong defender in Diego Godin. Uruguay may not be the most favored team to win this year, but they are one that can pull off upsets that put them in dangerous positions.

The following teams are current fan favorites that lots of US fans rally behind—everyone loves an underdog. These teams are not historic winners but have shown they can pull off the impossible by putting themselves into position to win at the highest level. Don’t expect any of these teams to go away quietly.

Australia is a constant fixture in the World Cup and they have shown they can run with the best of them. Tim Cahill is their star player and has played in America’s MLS, which is partially why the US is drawn to this side. Other notable players include Mile Jedinak, Tom Juric, Tom Rogic and Aaron Mooy. Australia’s odds aren’t that high compared to other teams, but they are an entertaining side with rigorous support from down under.

Iceland is the underdog hero everyone loves to root for. The small nation put themselves on the map during the 2016 Euros when they advanced all the way to the quarterfinals. They knocked out England on one of the world’s biggest stages and tried to put up a fight against France. Despite not having well-known players, the team plays strongly together and has a powerful support system in their fans. Their chants and postgame celebrations have gone viral and showcase the support they get from their fans.

It is no surprise that Mexico is a team favored in the US. Besides being neighboring countries, there is a vast Mexican population in the US and their love for soccer came with them. Mexico is another team that has high ceilings they never seem to reach, but they have a fast rate of play that can yield interesting results. Javier Hernandez and Carlos Vela are fan favorites; Vela plays for LAFC in the MLS. Goalkeeper Guillermo Ochoa is another strong player that resonates with fans. Mexico is up against European giants in this tournament and they are in the same group as Germany, but they have potential to advance.

Outside of the household favorites like Germany, Brazil, and England, there are always a few teams that break out of the mold and make a serious run for the title. Whether it is talent, the way they are coached or their cohesiveness, something about these squads points towards a possible World Cup title.

Given the amount of talent Croatia has, you would think they’ve won several times over. Their 2018 lineup features some incredible players like Dejan Lovren, Luka Modric, Ivan Rakitic, Mateo Kovacic, Mario Mandzukic, Ivan Perisic and Danijel Subasic. Modric is the biggest name of the bunch and the midfielder will be a vital part of their success in this tournament. If Croatia can find their rhythm, they could pull off an upset and knock out some of the tournament’s heavy hitters.

Belgium is an interesting squad. They’ve gotten increasingly better over the years but can’t seem to hit their perfect stride. They have some of the best players in the world in Kevin de Bruyne, Eden Hazard, Romelu Lukaku, Yannick Carrasco, Mousa Dembele, Toby Alderweireld, Jan Vertonghen and Thibaut Courtois. Belgium has a lot of hype surrounding themselves meaning the bar is high. Kevin de Bruyne is coming off an incredible season and will be the main focus of their squad. If the link up play between him and the forwards is solid Belgium’s offense will be lethal.

There are a total of 32 teams in the World Cup. Each of these teams has a solid chance of going far in the tournament (some a lot more than others). We’ve included a list of the odds for all 32 teams to help you better formulate your expectations for all the teams in the tournament. Looking for 2018 World Cup Betting Odds, our experts have compiled a full list for 2018 and further information to help our readers pick an early winner, well thats the GOAL!

How Many Bets Can I Place On The World Cup Through Offshore Sites?

As many as you’d like. Offshore sportsbooks feature extensive betting lines on all the games throughout the tournament. There is no cap on bets placed. Betting on the World Cup is simple through these offshore sites.

Can I Bet From My Smartphone?

Yes. These sportsbooks have mobile suites that operate on a web-based application meaning there is no download required. All Apple, Android, Windows, and Blackberry devices are compatible. You will find the same betting lines and wagering types on the mobile platform as you would the desktop version.

Can I Place Live Bets On The World Cup?