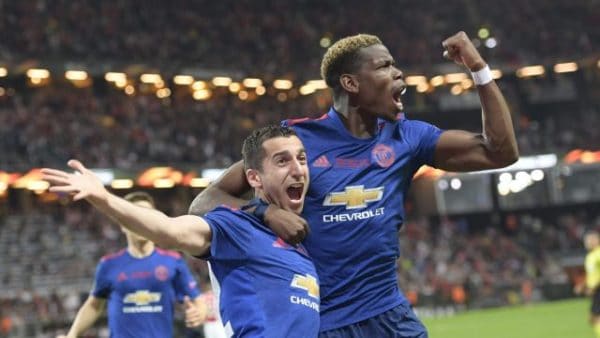 Manchester United accomplished their season goal of qualifying for the Champions League. While they did not place in the top four of the Premier League, they were able to clinch a spot in the qualifying rounds thanks to winning the Europa League against Ajax. United and Ajax both showcased strong performances throughout the Europa League fixtures, but it was United who looked like the better side in the Stockholm final.

Going into the match, oddsmakers had United as the favorites in most reputable soccer betting lines covering the Europa final. It was clear to see why as the game developed. United came out with a bright spark, pressing almost immediately. Manager Jose Mourinho employed his standard tactics that fans of the game have come to expect—careful possession and lots of coverage between players. United created a lot of turnovers in the opening sequence of the game, putting Ajax’s young team on their heels as they scrambled to defend. When Ajax did press forward, United players would apply pressure and cover for their teammates who committed themselves.

Even with several key players missing, including star striker Zlatan Ibrahimovic and defenders Marcos Rojo and Eirc Baily, United managed to get on the scoring sheet early thanks to a turnover off an Ajax throw in. It was a quick combination counter between Marouane Fellaini, Juan Mata and Paul Pogba. Pogba finished off the attack with a deflected shot from the top of the box.

After scoring the first goal, United began to back off and invite pressure from the young Ajax team. This is a tried-and-true Jose Mourniho tactic and, while not very exciting at times, has worked for him in most cases. Ajax began to show some life with their attacks, but United’s defensive focus helped them to pick off any significant threat before it materialized. Ajax’s sharpest looking player was Bertrand Traore, who marauded around the field, out of position at times, advancing into United’s final third with hopes of scoring. He could never find the target with United’s defensive backline of Antonio Valenica, Chris Smalling, Daley Blind and Matteo Darmian keeping him in check. United’s keeper, Sergio Romero, didn’t have too much to worry about throughout the game.

At the start of the second half, United came out with their foot on the accelerator, forcing a quick corner kick. Smalling headed the cross down and Henrik Mkhitaryan flicked the ball into the net for United’s second. It was fitting that Mkhitaryan scored as he has been one of their biggest threats in the Europa League.

Any hope of an Ajax comeback quickly depleted as the match progressed. United fell back into their defensive positioning, though managed a few more chances. Ajax didn’t have much of anything until a freekick just outside the box, but it was shot directly into the defending wall.

United’s all-time leading scorer, Wayne Rooney, was subbed on in the last minute for what many assume to have been his last appearance with the team. Rooney has enjoyed a successful career with the side, but the striker has not seen much action in recent seasons. With the final whistle, United reclaimed their spot in the Champions League and will look to strengthen their squad over the summer. With this victory, the club has now won every major European trophy there is. Fans who wagered on the game according to the odds offered through legitimate offshore sportsbooks saw the odds stay in their favor.