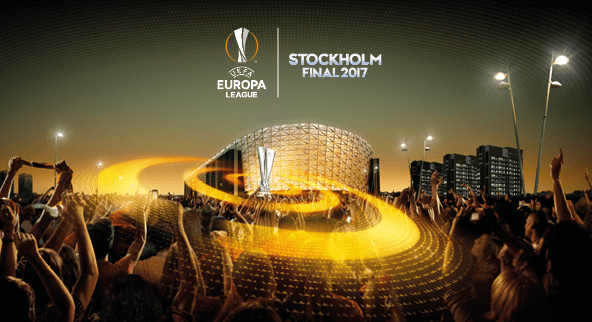 Champions League qualification is on the line with this year’s UEFA Europa League final. The matchup features Manchester United against Ajax and will take place in Stockholm this Wednesday, May 24. Both teams have showcased their abilities during the tournament, though Ajax have looked like the stronger side. Despite that, oddsmakers have Manchester United winning.

United have a history of success in Europe, though their last few seasons have been without any major trophies. Manager Jose Mourinho has been dealt with several major injury blows during his first season with the club. The side will be going into the final without their main striker, Zlatan Ibrahimovic, who has been United’s leading goal scorer in their Europa and Premier League campaigns. They also will be missing defenders Marcos Rojo, Luke Shaw and Eric Baily. United’s defense has been their weakest point for some time, and these absences will likely see Matteo Darmian, Daley Blind, Phil Jones/Chris Smalling and Antonio Valencia in the backline.

Meanwhile, Mourinho will probably look to young phenom Marcus Rashford for the team’s scoring threat, though Captain Wayne Rooney will also be available. All eyes will be on midfielder Paul Pogba, the world’s most expensive player, as he looks to justify his price tag with a major impact. United rested most of their starters in their last league game against Crystal Palace, opting to field a side of young players. This rest should help the team, though this game is arguably the biggest for Mourinho in terms of saving their season.

Ajax have played wonderfully throughout the Europa tournament. They dismantled Lyon in the semifinal round and appear to have some dangerous goal scoring threats. Manager Peter Bosz has a full squad to choose from, with only defender Nick Viergever unavailable due to suspension. Daley Sinkgraven or Jairo Riedewald will likely fill in at left back. Bosz also elected to rest his starters in their last league game. The attacking trio of Younes, Dolberg and Traore will want to put pressure on United’s backline from the start of the game, because United will probably switch to a defensive play style if they score an early goal.

United finished sixth in the Premier League Table for this campaign, meaning they missed out on Champions League qualification. Ajax finished second in their league, meaning they did qualify, but they still want the title of best in the Europa League. United’s league effort seemed to take a backseat approach about three quarters of the way through the season as it became clear they wouldn’t clinch a top four spot, opting to focus their efforts on Europa instead. Winning Europa grants an automatic spot in the Champions League group stages. UCL qualification allows teams to attract quality players, and with United planning several summer acquisitions, they will need this bargaining chip if they want a chance at signing anyone.

Wednesday evening in Stockholm will feature one of the season’s best games. Both teams will fight for their chance of glory, so you can expect maximum effort from both sides. United may be the favorites, but Ajax have shown no signs of backing down from any sort of challenge. Bettors can place their bets through licensed offshore sportsbooks before the start of the match.