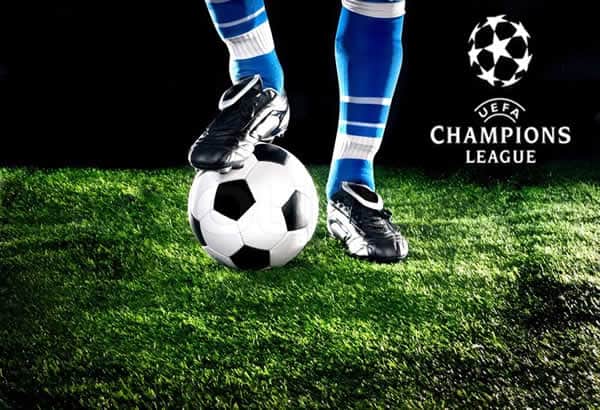 Barcelona, Roma, Liverpool and Manchester City are the teams set to play today in the UEFA Champions League quarterfinals. Oddsmakers put Barcelona and City as the winners, but there is a way for Roma and Liverpool to clinch a vital win in the first leg. These matches will come down to pace and set pieces, and while some may expect a blowout, there is more a chance of a low-scoring game based on the defensive tactics employed.

Roma travel to the Camp Nou to face the likely La Liga champions Barcelona. The atmosphere will be heavily biased and difficult to play through, but Roma can win if they stick to what has been working for them. They need to draw out Barcelona’s players in order to get free kicks in dangerous areas. With Aleksander Kolarov behind the ball, target men Edin Dzeko, Federico Fazio and Kostas Manolas can be utilized to score goals. Dzeko has a good chance of scoring regardless. The forward has tallied 18 goals in all competitions this season. Barcelona’s defense has been strong in the Champions League, only allowing 2 goals, but they showed flaws in their game against Sevilla last week.

Barcelona need to shake off their poor form displayed against Sevilla if they want to avoid being embarrassed by Roma. If Roma scores, those are vital away goals given away. Lionel Messi and Luis Suarez will be constantly attacking, but the 2 players have better odds in open play versus set pieces given their shorter statures. This should not be a problem for the speedy forwards. Look out for Coutinho and Dembele in this game. Both players will likely play at some point (perhaps start) and could provide pace to their attack. Barcelona is known to maintain possession. If they can keep control of the ball for most of the game, Roma will be left with little opportunities.

In England, Manchester City travel to Liverpool in this first leg matchup. City are favored in most soccer betting USA sites, but Liverpool beat the future-EPL champions once at home already this season. Liverpool’s attacking front of Mohamed Salah, Sadio Mane and Roberto Firmino will be crucial in this game. The pace of these 3 is scary, especially on the counter. Couple their pace with City’s holes in defense and you could have a recipe for success. Liverpool will need to continue their strong press on City in order to keep them from getting into their possessive rhythm. By shutting down the midfield and outlet channels, Liverpool may be able to manage City’s key players.

City are without Sergio Aguero up top, but they have another talented striker in Gabriel Jesus. The Brazilian will look to make the most of his chance in today’s game. He has good service from players like Kevin De Bruyne and David Silva in the midfield. Not to mention wingers Leroy Sane and Raheem Sterling. City has been scoring goals all season long, defeating teams by upwards of 3 or 4 goals in a lot of cases. This game could turn into a high-scoring one if the defenses falter, but both managers are keen on their opposition’s fast-paced offense and will likely park the bus if a lead is obtained.

Check out the different props and special bets on soccer betting sites to make the most of your wagers. You can play the over/under on total goals scored or pick a winner outright via the money line bet.