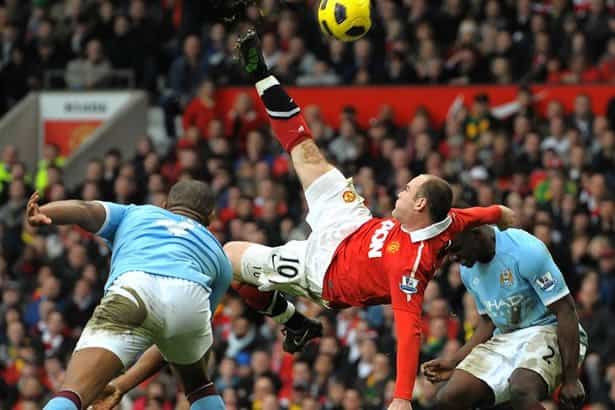 The second Manchester Derby is set for Thursday, April 27. City will play host in this fixture and will look to capitalize on homefield advantage. The first Darby was played at Old Trafford back in September and City managed to escape with a 2-1 lead. Betting lines are open for the match and City are the favored team to win, but injuries on both sides create an interesting situation. Soccer fans here in the US have been following the odds at various USA soccer betting sites.

The hosts will likely be without midfielder David Silva, who plays a pivotal role in their attack. Silva’s creativity has led to some incredible assists and he’s also found the back of net several times throughout the season. Luckily for City, they have some depth on the offensive front and Gabriel Jesus will likely be in the starting lineup. Forward Sergio Aguero is one of the best strikers in the Premier League and will want to leave his mark on the game, especially in front of the home crowd. Raheem Sterling and Kevin De Bruyne will pressure United’s defense throughout the game. City are coming off a loss in their last game, so fans are expecting a strong performance in this match.

United are at more of a disadvantage with their injuries. They just lost defender Marcos Rojo and forward Zlatan Ibrahimovic in their Europe League tie against Anderlecht. Rojo has been a steady fixture in United’s backline for most of the season and Ibrahimovic has been their best scoring player, so both losses put United in a desperate situation. Manager Jose Mourinho is a glorified tactician and most analysts expect him to make some ambitious moves. For options up front, United have Captain Wayne Rooney, who scored in his last game despite being on the bench for most of the season, and Marcus Rashford, the youthful Academy product with blistering pace.

Rashford will likely be the man up front, as he has been in good form for most of the season. Midfielder Paul Pogba, who holds the record for the most expensive player in the world, will miss the match after picking up a slight injury in last weekend’s game. This will leave the midfield duties to Ander Herrera and Michael Carrick, and while the pair have been playing well, Pogba’s vision and ability will surely be missed. United’s defense will call on Daley Blind to fill that center back position—a big ask in a game like this—and Blind has been a liability in that position before. If they can stave off City’s attack, the Red Devils might have a chance.

Not only is this game important from a prideful standpoint, but there are Champions League implications as well. The top four teams at the end of the season qualify for Europe’s most elite tournament. City are currently in 4th, but only have a one point advantage over the Red Devils. If United win, they will move into 4th and City will fall back. The Premier League title is pretty much out of reach as Chelsea has been playing phenomenal all season and are several points ahead, but the remaining three spots are up for grabs.

Champions League play is important because it is an incentive for the most talented players to come play for your team. This last Manchester Darby will shuffle the table and have long-lasting implications, so both teams will be fighting with their lives. Managers Pep Guardiola and Jose Mourinho have their own rivalry, going back to their days at Real Madrid and Barcelona, making this game personal on multiple levels.  The action may be happening across the pond, but USA soccer betting is seeing tremendous action for the Derby.