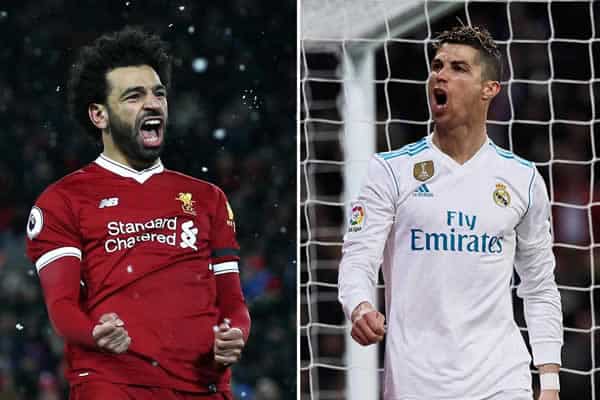 The UEFA Champions League is the most prestigious league in international soccer. Real Madrid have a chance to clinch a third-straight title if they can defeat Liverpool. Oddsmakers in Vegas and at US friendly soccer betting sites have Real Madrid as the projected winners, but Liverpool are a unique team with enough motivation and team chemistry to dethrone the current European champions.

Part of Liverpool’s unique identity comes through their electric front three of Sadio Mane, Robert Firmino and Mo Salah. Salah has netted 11 Champions League goals this campaign and over triple that in the English Premier League. His pace down the left side is something to behold, even for seasoned players like Marcelo. Expect Liverpool to try and use Salah down the wing as much as possible. His dribbling skills can open enough space to get a shot or pass off in a matter of seconds. Firmino has done well on set pieces and in front of goal. Mane has been on and off over the year, but his link up play is incredible when he is in his element.

The English side’s weakness lies in their defense. They have young players in vulnerable positions up against some of the best players in the world. Dejan Lovren is a more experienced defender, but one person cannot be expected to hold off all of Madrid’s attacking players. Van Dijk has been lackluster since coming over. He was valued highly and hyped up, but has yet to attain his proposed value. Perhaps this game will be his chance to prove himself. If the defenders can stay disciplined, they may have a chance. The midfield must also be wary to not collapse in and invite pressure.

Madrid’s game plan will likely be business as usual. Cristiano Ronaldo is still in sensational form despite approaching the twilight of his career. He has 15 Champions League goals this season and 44 in total. He can run the ball down the left flank against Liverpool’s Alexander-Arnold. This could pose a huge issue for Liverpool and will make their goalie Karius a very busy man. If Bale or Isco come on to the pitch (which will most likely happen; they could very well start), Liverpool’s defenders have even more fast players to mark. Bale would be a nightmare for the right flank, especially if they have to worry about Ronaldo on the left as well.

Real need to focus on not giving up too much space to Salah, Sane and Firmino. These three will be constantly looking for chances to explode on a counter attacking run. If they have enough space they can outrun any of Madrid’s defenders and take a shot at Navas’s goal. Maintaining a firm line could push them offsides and cut off their counter style of play.

Betting lines are open on the Champions League final. Madrid are favored but not by much at all. Look out for props on players like Salah and Ronaldo, as they will have a significant effect on the game.