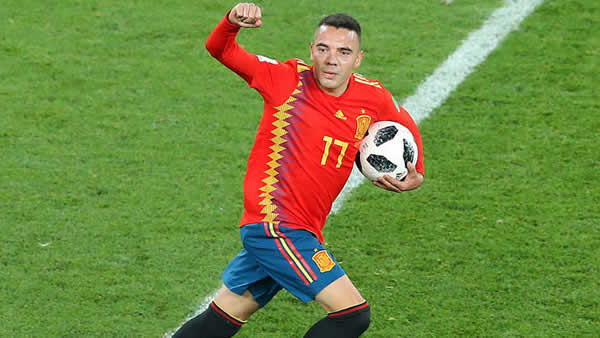 With the Group Stage out of the way, the remaining World Cup teams are left to fight for their lives. There’s no more point system, goal differentials or fair play points. If the game ends in a draw at regulation, we will see extra time and penalties if needed. Check out our match previews of each of the games below.

France and Argentina have the most stars out of these matchups. Antoine Griezmann, Paul Pogba, Kylian Mbappe, Ousmane Dembele, Lionel Messi, Angel Di Maria, Paulo Dybala and Sergio Aguero are just a few of the stars featuring. However, both of these teams have underperformed in the tournament so far. Perhaps the fact that this game is an elimination fixture will be enough to bring the best out of these players. France is favored in the sportsbooks, but the sportsbooks have been wrong with this World Cup already.

Uruguay is projected to win out over Portugal, but the margins are close. Portugal have Cristiano Ronaldo in the lineup, meaning there is always potential for a threat. Uruguay may have talented players like Luis Suarez, but they have struggled against teams with less than Portugal. Portugal are coming off a Euro 2016 victory, so they’ve shown they can beat the world’s best and prove oddsmakers wrong.

Spain and Russia has 2 teams with a lot of attacking potential. The Spaniards were a sleeper favorite to win the tournament but they struggled early against Iran and Morocco. Diego Costa and Isco have been in strong form, but goalkeeper David De Gea has had several blunders. He can’t take all the blame for Spain’s performance, so they’ll have to come together as a team to win. Host nation Russia were strong in their first 2 games. Uruguay handed them their first defeat and exposed their weaknesses, something Spain will be keen to exploit.

Croatia has looked incredible so far throughout the tournament. Their 3-0 victory over Argentina was one of the best games in the competition and showed they are a legitimate threat in this World Cup. Denmark have been surprising, but that is mainly in part to forward Christian Eriksen. The Croatians are the favorites to win this matchup in most of the World Cup betting odds.

Brazil and Mexico will be a match full of highlights. The Brazilians flair has been on display for most of the tournament. Their weakness is a lack of physicality, but lucky for them Mexico isn’t too physical of a team. This rivalry could turn ugly, especially if the game comes down to the wire. Both teams have a lot to prove and although Brazil are expected to win, Mexico won’t go down without a fight.

Belgium and Japan will face each other in the Round of 16. Japan barely scraped through the Group Stage thanks to fair play points, and while they have been a good team, Belgium look unstoppable. The Belgians won all 3 of their Group Stage matches and their first 2 games were by a wide margin. We expect Belgium to continue their solid form and pull off a win against Japan.

Sweden and Switzerland is an interesting matchup because both teams are unpredictable. These 2 underdogs have helped push the narrative that this is anyone’s tournament to win. Both teams have played well and are looking to continue their positive runs. Switzerland are projected to win and they could do so with Shaquiri and Xhaka playing well.

Colombia and England make up the last game of the first elimination phase. Colombia escaped the Group Stage after a win over Senegal despite losing James Rodriguez to injury. If Rodriguez is out of the England game, their chances to win drop significantly. Meanwhile, England rested some of their starters for the last Group Stage game, meaning they should be ready to go for this crucial fixture.

There are some historical implications for these remaining teams. With elimination on the brink, it is time for all these squads to show what they are made of. No team is safe despite what the sportsbooks say.