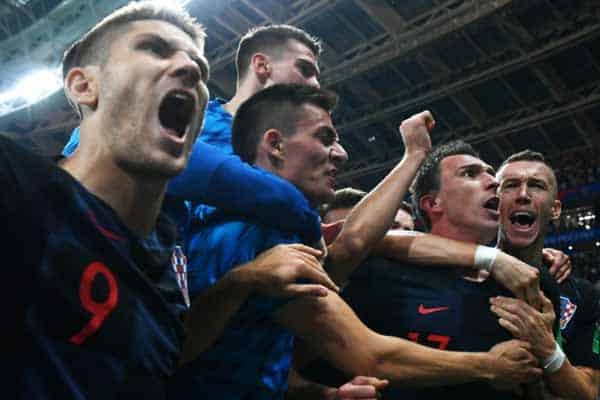 The 2018 World Cup Final has Croatia up against France. The match is set for 11 a.m. EST on Sunday, July 15. Oddsmakers are picking France as the favorite by 1.5 goals according to the 2018 World Cup betting odds. Croatia has shown they are not a team to count out. It will be an interesting feature given the stakes, players on the pitch and based on the performances of each time by far.

Both teams have something to prove. France has an incredible roster of young talented players, yet they haven’t won anything on the international scale despite being heralded as one of the greatest teams in the country’s history. They almost won the Euro 2016 but lost to Portugal on penalties. This gives them a chance to redeem themselves. Croatia is the second-smallest country to ever make it this far in the World Cup. Their last time here was in 1998 and against France, interestingly enough. Croatia’s “golden generation” of players wants to write a new legacy separate from their late 90s counterparts. Hopefully, one that includes winning soccer’s biggest tournament.

France’s midfield contains Paul Pogba, N’Golo Kante, and Blaise Matuidi. The trio has been quite effective in the tournament so far, especially behind the scenes. Kante is the midfield general with Pogba and Matuidi supplying additional offensive flanking options. Pogba has played more defensively in this competition, providing some helpful hold-up play when needed. France’s biggest aces are Kylian Mbappe and Antoine Griezmann. Mbappe’s success continues to climb as the 19-year-old bagged several goals for the French team in the time so far. His pace is a nightmare for opponents to deal with and he has the creativity to pull off some incredible passes and dribbles.

Griezmann is the team’s talisman and their best goal scorer. He too can push the ball forward at his will and has a strong shot that makes him a threat even outside the box. Forward Olivier Giroud has yet to get on the scoresheet, so perhaps he’s saved his best for last. The striker has contributed in other ways, like assists, passing and marking on set pieces. Keeper Hugo Lloris has been strong, which is important given Croatia’s offensive capabilities. Their backline is also complete with Raphael Varane, Samuel Umtiti, Benjamin Pavard and Lucas Hernandez. On paper, France is a solid team and their cohesion has set in. This will make it difficult for Croatia.

Croatia is not without weapons of their own. Midfielders Luka Modric and Ivan Perisic have been the most effective players. Perisic was the sparkplug in the semifinal against England and will be looking for more ways into the box this time around. Ivan Rakitic and Andre Rebic are other strong midfielders that add a dynamic element to Croatia’s midfield. Up top, Mario Mandzukic has been up to his usual goal-poaching style. He’s also provided some assists here and there.

The backline of Domagoj Vida, Dejan Lovren, Sime Vrsaljko and Ivan Strinic create an interesting pairing of solid central defenders and wingbacks that can push up the field when needed. When Croatia turns on the gas, they are a nightmare to deal with. Perhaps their best player has been their goalie, Danijel Subasic. He has seen them through 2 penalty shootouts and 3 extra time games. If the game does go to penalties, his confidence will be high.

This game will come down to which team controls the midfield tempo. Possession leads to chances, so whichever team has more of the ball should have more shots on the goal barring the other team’s defense. Croatia has come back from behind in most of their games. If France scores first, the lead is not safe by any means. If Mbappe and Griezmann get off to an early start, Croatia may be in trouble. On the other hand, if Croatia gets physical early on and stops France in their tracks, the French side will be hard pressed to maintain possession.

Croatia’s sense of urgency is something to behold, and there is a belief shared amongst the players that this could be their year. France has finally come into their own as a team and know their respective roles quite well. Both teams have fought hard to reach this point, so now they get the chance to fight for the ultimate reward. France won the 1998 game 2-1, but Croatia may have something else to say in this year’s installment.